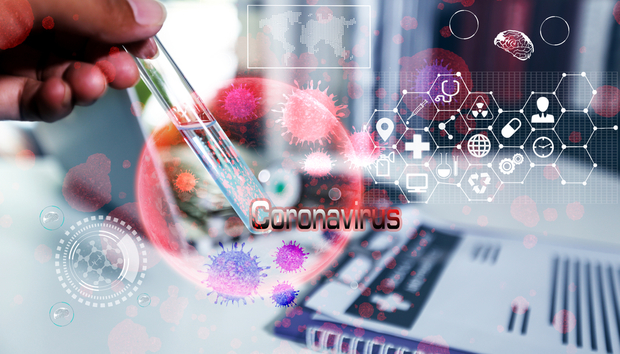 Telephone operators that report where their users have been, apps to locate the nearest infections, coronavirus and electronic payments to avoid them. The Chinese Big Brother serves to contain the epidemic.

The neighborhood committee staff knocks on the door. Protected with a mask and a white biological protection suit, a man and a woman walk through the homes of a residential building in Shanghai, collecting different information about their inhabitants. And the economic capital of China wants to resume activity after a month stopped by the Covid-19 coronavirus epidemic, but worries about the return of migrant workers who grease the economy of the second world power. “Where have you been for the past two weeks?” They ask this journalist after taking the temperature pointing to the forehead of each resident with an infrared thermometer, an indispensable element already in any public place.

The drastic restrictions on population movements implemented by China have left nearly 60 million people in quarantine, mostly in Hubei province, the epicenter of the infection. But the Shanghai authorities, a megalopolis of 24 million inhabitants, do not trust the word of newly arrived citizens. “He has to show that he has not been in risk areas in the last 14 days. Please send ‘CXMYD’ by SMS to your operator’s number,” they ask.

The answer comes immediately. It is an SMS that details the locations in which the user has connected to mobile phone towers, a service offered by the three telephone companies in the country during the epidemic. It is not conclusive evidence, but it serves to endorse or deny the information that people provide. “Okay, thank you very much. Please keep in mind that you have to report your movements outside the city. Hiding them can have legal consequences,” says the neighborhood committee.

The SMS serves to open the doors of many public places. Even the Spanish Consulate in Shanghai warns that, despite the fact that it returns to normal activity today, those who have been out of the city for the last two weeks – time is taken as a reference for the incubation period of the coronavirus – may have problems to access the building where the diplomatic legation is located. “We appreciate your cooperation in the strict compliance with the measures established by the Jinmao Tower,” the Consulate asks in a circular sent by email to the Spaniards he serves in several provinces of the country.

Other companies go further and, to allow access to their headquarters or return to work, they require to know if an infection has been detected in the employee’s neighborhood. To do this, they also use the technology: specifically, a ‘mini-program’ called ‘Yixiaosou’ that is downloaded within the WeChat application, the Chinese WhatsApp. Using the mobile phone’s GPS, determine the location and display the contagions that have been confirmed in the surroundings on a map. An exclamation point warns of the exact place where the infected live -information that can be expanded by clicking on the icons, and the color serves to determine how long those positives were confirmed: the more intense the red, the closer in The time is contagion.

“It may not be very reliable, but less is nothing. We ask the workers to show us their place of residence and then check if there are cases in that building or in the adjoining ones. If there are, we require that they do not leave home and, if they can work from home, ”says an architectural firm that prefers to keep the name anonymous. “Safety is the most important thing, so we use all the tools at our disposal to ensure it. The Government is doing a great job in containing the epidemic, although it knows that the measures it puts into practice are going to damage the economy ”, they add from the company.

Without a doubt, it is a good time for the Communist Party to put Big Brother who has been building over the last decade to work. Population control tools, often used for repressive purposes, can now be an advantage to contain the coronavirus. The more than two hundred million cameras serve to verify that people in quarantine do not skip it, and new facial recognition systems developed by SenseTime combine thermal cameras and improved algorithms to identify people even when they cover their faces with a mask.

Although the Chinese company recognizes that this model is less reliable, it is already in operation in at least three public areas of China. And, despite the fact that the United States has placed SenseTime on the blacklist of its particular technological war, the system has even transcended the borders of that country and has been adopted by South Korean LG in 26 access points. Thus, its employees can enter the facilities of the LG CNS subsidiary without removing the mask with which they protect themselves in Seoul. According to the technology, the identification is done in 0.3 seconds and has an effectiveness of 99%.

To track population movements, new systems have also been developed in China. One of them is based on QR codes that incorporate Shanghai taxis since last Friday. Passengers can scan them using WeChat or Alipay – for which registration is required to send a copy of the identity card – and so the Government can follow all its movements. According to the Authorities, this serves to locate public transport users in case a case is detected and those who have been able to have contact with it must be found.

At the moment, this system is not mandatory in Shanghai, but cities such as Shenzhen, the Silicon Valley of China, do require it to be used even when accessing the bus; and in Ningbo, a manufacturing center in Zhejiang, you have to scan the code to enter the subway. In some cities, facial recognition cameras are even installed with built-in thermometers to detect who has a fever.

This system also serves to alert passengers who are in danger: they are sent a message if they have passed through a place where a contagion has occurred and they are asked to contact the health authorities to rule out that they have been infected. “There are those who care about privacy, but I prefer to be sure. Our data already have them anyway, ”says Yan Linwei, a young woman from Liaoning Province who has returned to Shanghai a few days ago with the intention of returning to work.

Another of the recommendations of the Authorities, and which many consider key to prevent the spread of the virus, is to always make electronic payments. Although China has ordered the disinfection of paper money – and even the destruction of bills that have been used in the most affected areas -, the use of payment using QR codes reduces the chances of coming into contact with the coronavirus. “I do not accept cash, just transfer by WeChat Pay or Alipay,” warns a taxi driver named Han, who has lined the screen that separates him from passengers. “These weeks I prefer to use applications like Didi – the Chinese Uber – to avoid charging cash. And I don’t go to the airport or the train station, ”he adds.

It is clear that the confinement of the population in their homes will have a negative impact on the economy of the Asian giant, but home delivery companies – from parcels such as SF Express to food delivery people like Meituan Waimai – do not feel the hit because their services are replacing those of traditional commerce and hospitality. Many restaurants only serve food at home requested through different mobile applications, and online purchases in supermarkets have skyrocketed.

“Good thing they exist. They saved me from exposing myself on the street, ”says Yan. Thus, the streets that were previously full of cars now appear taken by an army of blue and yellow motorcyclists on electric bicycles and with their eyes glued to the smartphone screen. The bags are left at the entrance of the building to avoid physical contact since most urbanizations do not allow access to anyone who is not a resident.

Some companies like Meituan consider this to be the perfect time to test their autonomous courier vehicles. Last week it launched the first in a district of Beijing, and thus adds to the services that rivals such as JD and Ele.me offer with vehicles without drivers in the quarantined areas. “They reduce the physical contact in which there is the danger of infection and allow to satisfy the needs of the clients in this special moment,” Meituan explained in a statement.

These increasingly common robots complement the drones that some use both to confirm that people adequately protect themselves with a mask and to take the temperature of the neighbors without them having to leave their homes: they just have to look at the window. The Chinese state press praises all these advances that it considers effective weapons against Covid-19, but the question that many people ask is what will happen with all those personal data that the Government collects when the epidemic is history.