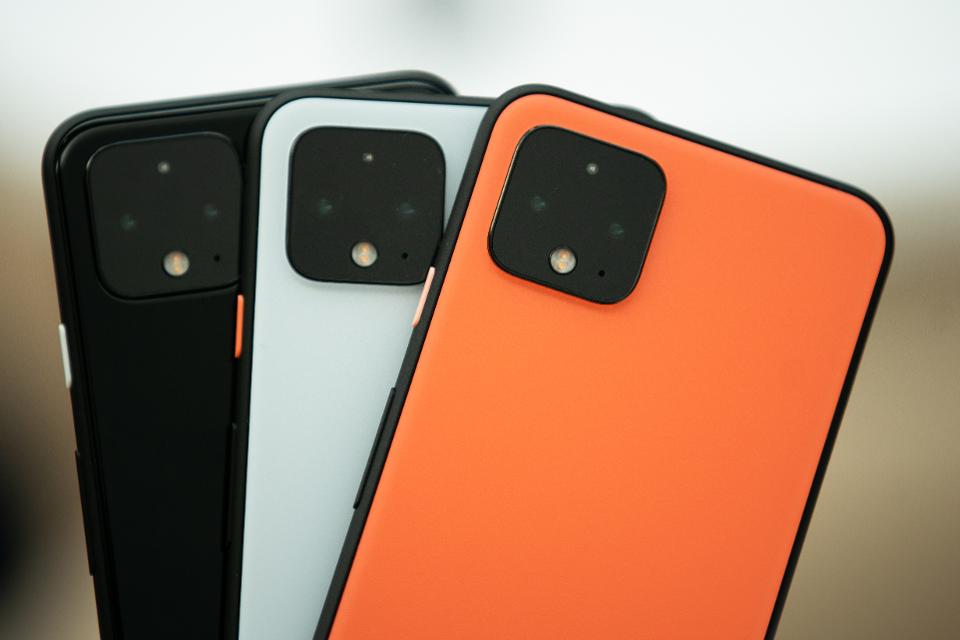 Top 10 Mobile Phones: The corona virus has caused the cancellation of the main technology fairs, but it has not slowed down the presentations of some of the best mobiles that were planned to land in 2020. At Daily Tech Quest we analyze the most leading ones so that you know which mobile to buy.

To make it easy for you to compare mobiles, our ranking includes the launches of large firms that can already be purchased in stores. As this list is regularly updated, you will have a clear assessment of the best mobile phones of 2020 at your disposal at all times. In addition to giving you free prices, we tell you how much they would cost you if you paid them in installments with each operator. This financing option, yes, depends on whether you sign up for one of the companys rates. A few days ago the one that promises to be the best Xiaomi of the year arrived: the Mi 10 Pro. This is the most expensive terminal of the Chinese firm and one more step to settle in the high range. Its four cameras in the back compete with those of other terminals on our list: the main one has 108 MP and is combined with an ultra-wide angle of 20 MP, one for portraits of 12 MP and a last one of 8 MP that has zoom 10x hybrid - a functionality that allows you to get close to any detail without losing quality. The Xiaomi Mi 10 Pro is compatible with 5G, it also allows 8K video recording and has slow motion mode.

Its 6.67-inch screen is powered by a 4,400 mAh battery, and for its operation it has an eight-core Snapdragon 865 processor. Its RAM has a capacity of 8 GB and the device allows you to store up to 256 GB. Instead of the Android versions, it has installed the miui 11 operating system - Xiaomis own. In addition to the already expected Galaxy S20 and S20 Plus, this year the Samsung range of phones has also launched an Ultra version. All three types of terminals have 5G, but while the differences between the S20 and S20 Plus are in size, the Ultra is the most leading device of the South Korean firm. It is also somewhat larger than the other two, with a 6.9-inch screen that covers almost the entire front surface of the terminal.

Like its companions, which could well be on our list of best mobiles, the Samsung Galaxy S20 Ultra has three cameras on the back and one on the front, but the photographic capacity is much higher in this terminal. The lens for selfies is 40 MP. Behind, we find a 12 MP wide-angle lens, an angle of no less than 108 MP and a 48 MP telephoto lens. To complete, on the camera screen you will also find a 10x hybrid optical zoom that will allow you to maximize an image and crop it without losing quality, and a ToF sensor to capture depth with every shot. The possibilities of saving moving images do not disappoint either: you will be able to make 8K videos and take 33 MP still images.

To power the device, the firm has incorporated a 5,000 mAh battery. Inside, the Samsung Galaxy S20 Ultra is powered by an Exynos 990 processor and can be purchased with 12 or 16 GB of RAM and 128 or 512 GB of storage capacity. It has just been presented, but the Huawei P40 Pro is already available in its store, although at the moment the Pro + version is not marketed in Spain. If the normal is already among the best phones of the year, the Huawei P40 Pro + adds some improvements, such as doubling the capacity - from 256 to 512 GB -. The most interesting advance is in photography, since it has one more lens - an 8 MP telephoto lens. This is in addition to the three that the two terminals do share: another 8 MP lens, a 50 MP main one and a 40 MP ultra wide angle. They are all located in the back, while in the front there is a fifth 32 MP camera.

Other things they share -in case you dont want to wait and you prefer to get hold of the Huawei P40 Pro- is the 8 GB RAM, the design of the screen, which occupies 6.58 inches, or the Kirin 990 processor that both terminals bring Incorporated. Last year, its first folding surface terminal, the Galaxy Fold, was added to the Samsung mobile catalog. Fully open, the screen was 7.3 inches, which placed the terminal halfway between a smartphone and a tablet. For 2020, the firm has once again opted for the flexible screen, in this case with a design more similar to that of the Motorola Razr. Instead of folding vertically, it does it horizontally to open on a 6.7-inch screen. The two parts of the screen can be joined or function independently, facilitating multitasking. Unlike the Motorola Razr, the Samsung Galaxy Z Flip does not have an external display, but it does have a small notification viewer.

The design is the great attraction of the device, but Samsung has not neglected the rest of the features: the Z Flip has two cameras in the back (one wide-angle and one ultra-wide-angle, both 12 MP ) and a front one with 10 MP for you to take selfies. It is powered by a Snapdragon 855 processor, has 8GB RAM and a 256GB storage capacity. We already know the details of the iPhone SE, which plays within the mid-range league. In principle, this fall the iPhone 12 will also arrive -at least the manufacturers have confirmed that it will be available-, but until then Apple fans can get hold of what is still one of the best mobile phones of the firm, the iPhone 11 Pro Max. Successor to the 2018 XS Max, it has a 6.5-inch screen that covers practically the entire surface of the phone, with 15.8 centimeters high by 7.78 wide. It can be purchased in gray, green, gold and silver.

One of the novelties that most attracted attention at its launch was the incorporation of the first triple-lens camera on an iPhone, in this case with 12 MP in each one. In addition, the device was chosen to release iOS 13, a new operating system that promises to improve the speed, automation of apps and the security of the phone. To support all technological advances, it also has a new processor: the A13 Bionic is capable of carrying out a billion operations in a single second and makes the iPhone Pro Max one of the fastest phones on the market. With a 6.9-inch screen (the standard version has a not inconsiderable 6.3 inches), last summer the Galaxy Note 10 Plus arrived, one of the first Samsung phones compatible with 5G. Despite the fact that the deployment of these networks has been paralyzed - waiting for DTT channels to move to make room for them - operators such as Vodafone already offer rates with 5G coverage in some cities.

Like all of this range of Samsung phones, the Galaxy Note 10 Plus is accompanied by the legendary S-Pen, an optical pen with which the user can paint and write on the screen. The Galaxy Note 10 Plus comes with a triple lens on the back (two wide angle 16 and 12 MP and a 12 MP telephoto lens) and a front with 10 MP to take your selfies. With five cameras, the Xiaomi Mi Note 10 has the same number of lenses as the Huawei P40 Pro (five in total was). Its features combined with a lower cost than other terminals -except for the iPhone SE-, place it as the best quality / price mobile on our list. Photography is the main asset of this terminal, which manages to incorporate a 108 MP lens, thanks to which you can zoom or crop images to capture a detail without the image being filled with noise. This camera, located at the back, is accompanied by four others: one for 12 MP portraits, one 20 MP ultra-wide angle, one 5 MP telephoto lens and one 2 MP macro lens.. At the front, the curved 6.47-inch AMOLED screen takes up almost the entire surface and only leaves room for the selfie camera at 32 MP.

The operating system that the Xiaomi Mi Note 10 has installed is the MIUI 11 and has a Snapdragon 730 processor integrated. Its RAM is 6 GB and its storage capacity is 128 GB, so it is up to the rest of the devices in terms of to memory. In the early 2000s the Motorola Razr V3, a two-piece fold-out phone, was introduced. More than 10 years later, the firm has used this concept to launch its first mobile phone with a flexible screen. Appealing to the nostalgia of its users is not the only claim of this phone, which when folded measures just 9.4 centimeters wide and when opens reaches 17.2. Its interior screen is 6.2 inches, and on the outside a small 2.7-inch screen shows you the main notifications. Inside, it has an integrated Snapdragon 710 processor and comes with Android 9 Pie installed.

With 6 GB of RAM and 128 GB of memory, this terminal is equal in capacity to other of the best phones on the list. Where it falls short is on the camera, as its innovative design only includes a lens in the back (with 16 MP) and one in the front (with 5 MP). This second model gains in size, with a 6.78-inch screen. It has four lenses on the back: two with 48 MP, one with 8 MP and the other 5 MP; and a fifth front with 16 MP. It works with a Snapdragron 865 processor and has the Android 10 operating system installed.

It has 8 GB of RAM and 128 GB of internal memory and is compatible with 5G technology. You can buy it in black, navy blue and icy green. The fourth generation of the Google Pixel arrived in Spain last year. Mimicking the size of its predecessor, the 4 XL has a 6.3-inch screen and dimensions of 75.1 x 160.4 x 8.2 millimeters. What increases compared to the previous one is the RAM, which increases from 4 to 6 GB.

The cameras on the back are also perfected, and users will find a dual rear lens of 16 and 12 MP and a front of 8 MP, in addition to the possibility of recording videos in 4K. To support the improvements, this phone has a 3,700 mAh battery with the possibility of fast charging.

It can be purchased with a capacity of 64 GB or 128 GB and it is sold with covers in black, white and orange. The entry of iPhone in the mid-range is strained in our list of best mobiles for two reasons: it is the cheapest new device from Apple (and in our ranking) and combines basic features with the latest technology from the firm. The most traditional thing about the iPhone SE is its design, which recovers the start button that these phones have had until the arrival of the iPhone X - and renounces facial recognition. This causes the HD Retina display on the terminal to shrink to 4.7 inches. Also in the camera which reduces the number of lenses to two, one front (7 MP) and one rear (12 MP).

The pointer is reserved for the interior: like the iPhone 11 models, this terminal has iOS 13 installed and the A13 Bionic processor -the most powerful developed by Apple-. These high-end elements add quality to the 2020 iPhone SE and allow you to access applications with Artificial Intelligence, as well as improve device performance.